Have you ever seen the Genji Monogatari in the form of an 絵巻物 emaki-mono, an Illustrated Handscroll of the Tale of Genji based upon the famous novel by Murasaki Shikibu at a museum or reproduced in a book? I’m sure you were surprised to see the beautiful and delicate paper of the Genji Monogatari illustrated from the book written about the year 1000. That paper is one type of “Kana Ryoshi”.

Classical Kana calligraphy has been written on beautifully made special paper. 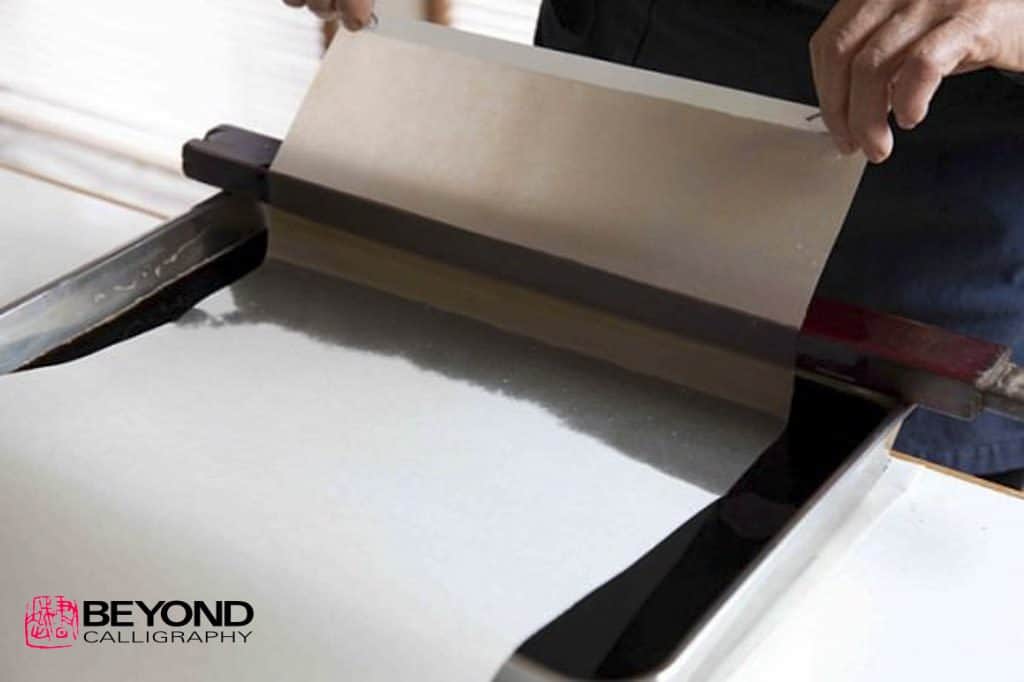 “Ryōshi” means, in a broad sense, “paper for writing something”. In a narrow sense, it means ” paper produced for small and middle size kana. 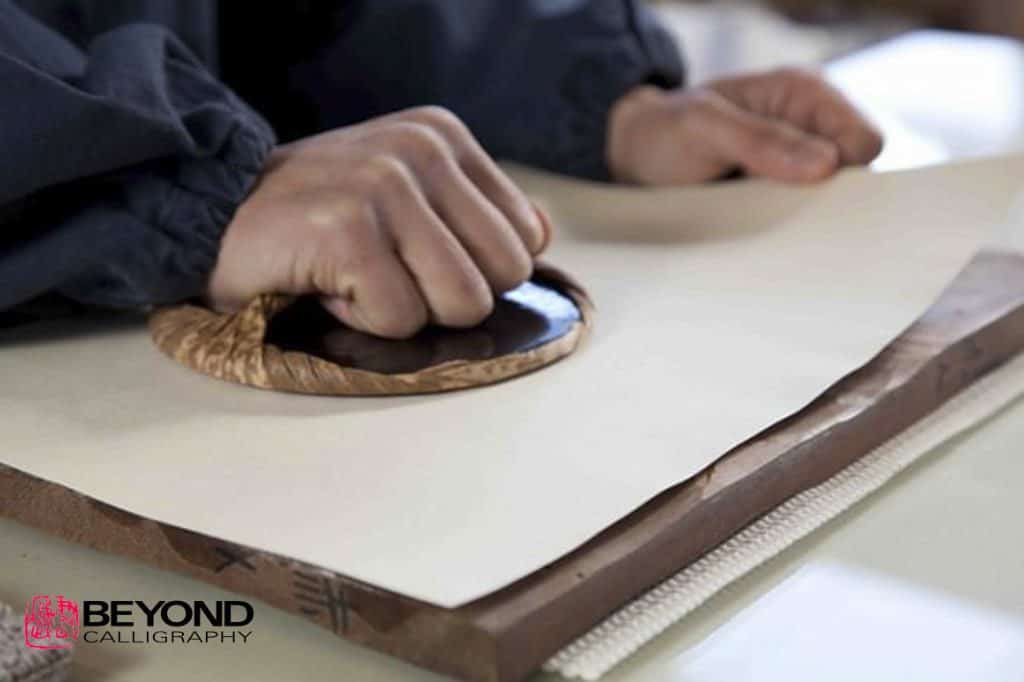 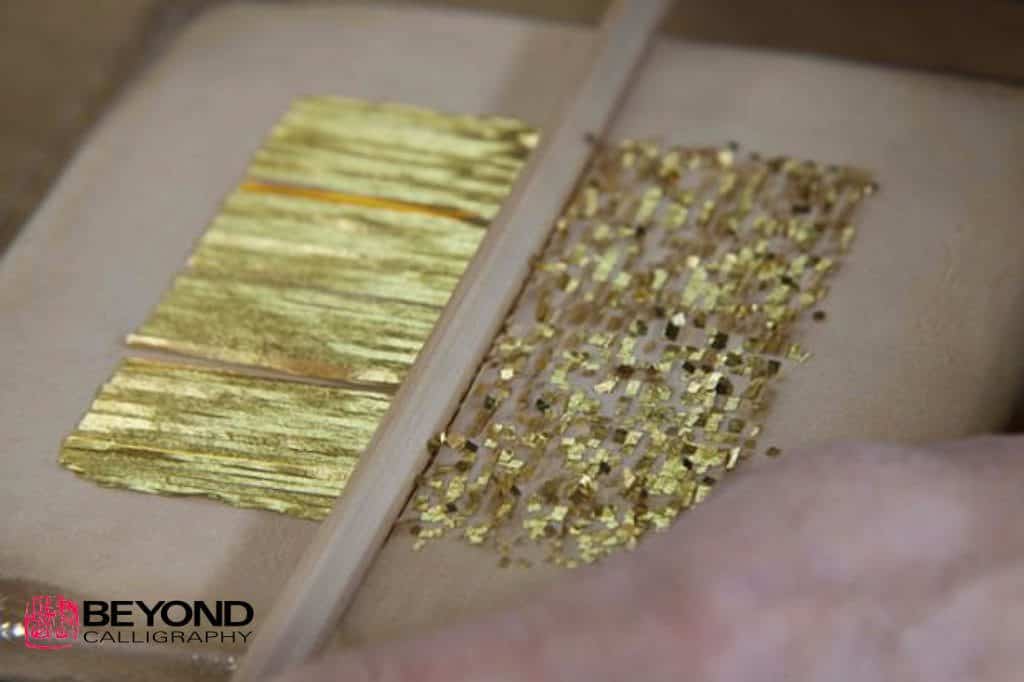 Mr. Hisashi Komuro was born as the son of a kana ryōshi artisan, Yoshihisa Komuro, (1931-2011) in 1962 in Hitachiōta-city Ibaraki prefecture.

His grandfather, Toku Komuro (1899-1985), was the founder of the studio and was involved in working on the reproduction of Kohitus (classic works of calligraphy) in Tokyo around 1935. From these artisans Toku learned the basic techniques of every procedure and started to make Kana Ryōshi by himself. With guidance from scholars of Japanese literature and calligraphers, Toku was able, with dedicated effort, to manage the entire production process alone. After WWⅡ, Toku went back to his hometown Hitachiōta and opened his kana ryōshi studio. 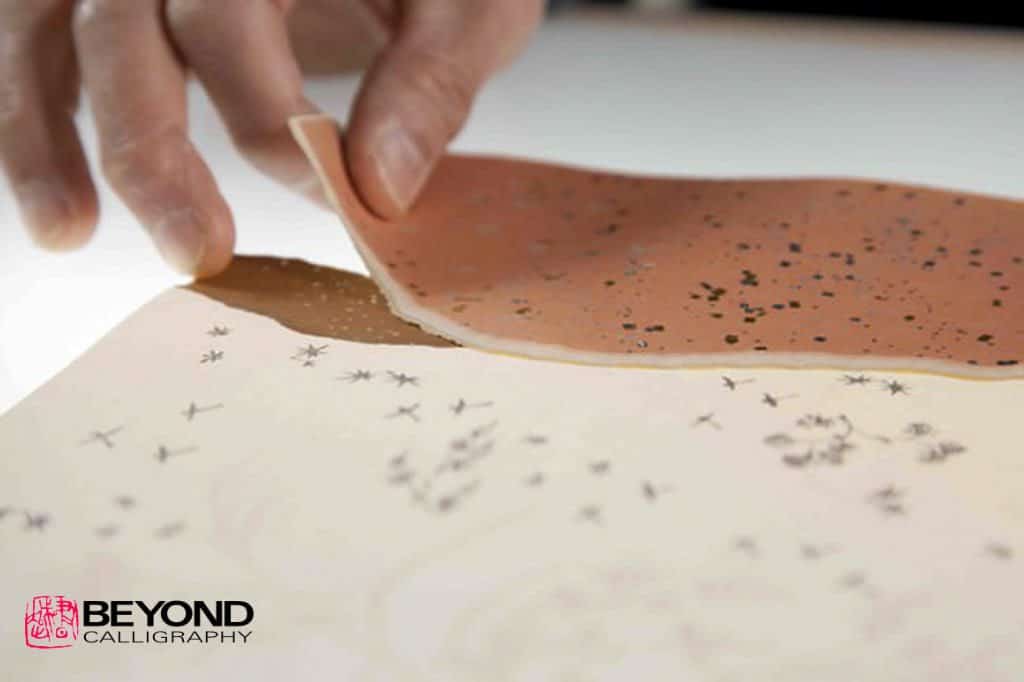 Before Hisashi became the successor to his family’s business, he learned the traditional methods of woodblock printing from woodcut artist, Mr. Minoru Yoneda at Yoneda’s studio. Then he studied and inherited the studio with the traditional techniques of producing Kana Ryōshi from his father.

Mr. Hisashi Komuro is an important and valuable and precious person in the Japanese kana calligraphy world for making traditional Kana Ryōshi and connecting traditional Japanese culture to the next generation.

Fortunately, you can learn more information about kana ryōshi on Komuro Kana Ryōshi’s studio website and can make contact to arrange for visiting their studio.