The most suitable paper for calligraphy and sumi-e (墨絵, ink painting) is Xuan paper (宣紙), taking its name from a district of Xuancheng city (宣城), namely Xuan Zhou (宣州, lit. Shuan district), that existed already during the Tang dynasty period (唐朝, 618 – 907), where Xuan paper was originally manufactured. The main raw materials depending on type of Xuan paper are cherry tree bark or sandalwood, bamboo, mulberry, gampi etc. Xuan paper is sometimes mistakenly called rice paper, where in fact none of its ingredients is (or should not be) rice. If it were so, Xuan paper would not last thousands of years, and would not be insect resistant.

Xuan paper is thoroughly absorbent, strong and resistant to decay. Its ink blurring abilities are extremely suitable for both sumi-e and calligraphy. The original and most famous Xuan paper comes from the Anhui province (安徽) of China. Since the water and raw materials quality is unique to this region, many calligraphers feel that the best paper for calligraphy is made in Anhui. Other countries, such as Japan, have tried to reproduce it, yet due to the difference in ingredients, it could never be perfected. 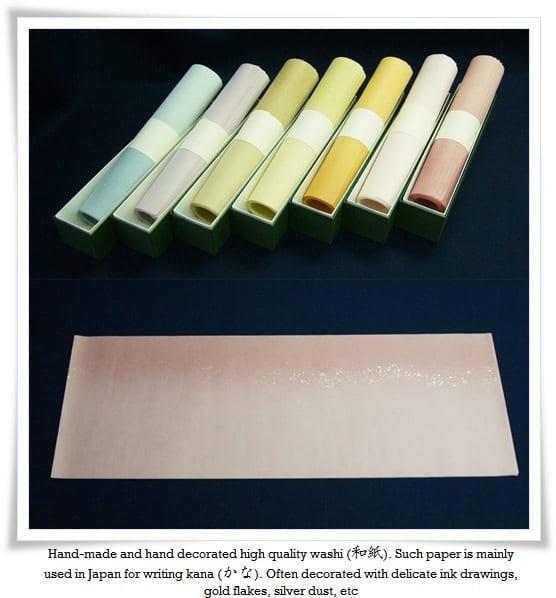 The production process is extremely demanding and it has over 100 stages. Particularly filtering and drying require highly skilled people for preserving the unique features of Xuan paper. There are dozens of types of Xuan paper, however they are divided into three major groups:

Generally speaking, the first group can be further split into raw, semi-raw and matured. Raw paper is mostly made of wood fiber and it is most suitable for ink painting and calligraphy. Its slightly uneven surface assists the brush perfectly in spreading the ink. Raw paper is perfect for experts and more skilled artists, as slow brush movement or any hesitation will cause ink to blur undesirably.

Matured paper has more of a smooth surface that allows ink to “float” before it is absorbed slowly. It is suitable for precision writing or painting. The main ingredient of matured paper is bamboo fiber, which cause poor ink absorbance (due to the rigidness of the tissue). 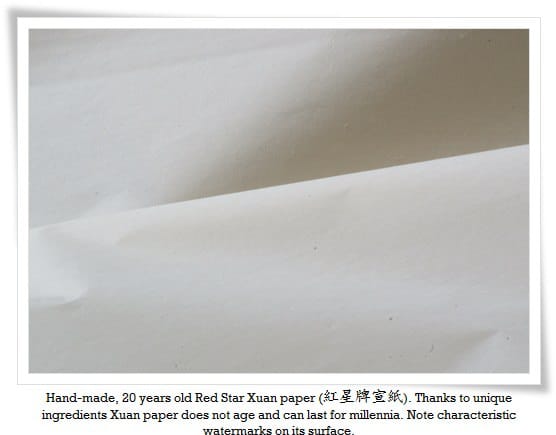 There is one more type of paper, called semi raw. Both semi raw and matured are coated with chemicals (potassium alum), and they do not blur as well as raw paper.

The second group has three types: one, two and three layer paper. The more layers, the lower the ink absorbance and smaller blurring effect. Since blurring effect is considered a natural beauty of sho, one layered paper is preferred for calligraphy.

As for the sizes, there are many, from rather small to quite large sheets. The larger the paper, the more difficult it is to control the uniform quality of the entire surface, thus it requires a higher skill. Large sheets of handmade Xuan paper can be quite pricey.

Other Chinese papers used by calligraphers are Mian paper (棉紙, so called “cotton” paper) and Mao Bian paper (毛邊紙). They are typically not handmade and usually used only for practice (Mao Bian paper often comes with printed grids for beginners). Both types are widely sold outside China. 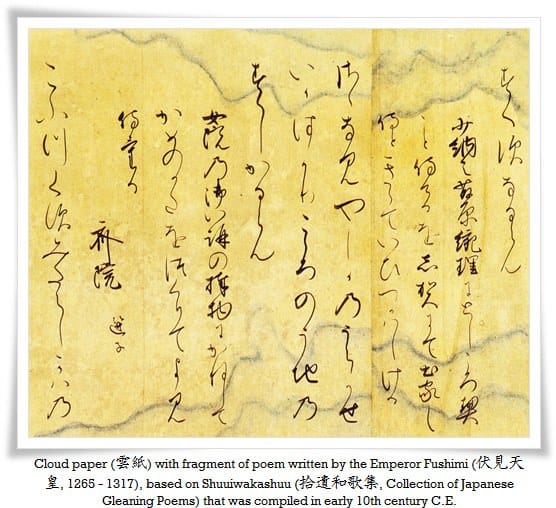 Another type of paper used for calligraphy and ink painting is Japanese paper called washi (和紙). Due to different ingredients (mainly gumpi tree, mulberry, hemp, rice straw, etc) its characteristics are not consistent with those of Xuan paper. Consequently, ink absorption is not as high, which is why washi is used mainly in kana (かな) as coloured paper, and precision painting.

Beyond Calligraphy is an e-magazine founded in 2010. At its essence, it is exactly as the name implies, going beyond the traditional explorations of Asian, Middle Eastern and Western calligraphy. It is encyclopedic in scope and specific in exploring particular aspects of Asian (Chinese and Japanese), Middle Eastern and Western calligraphy. Please follow us on any of the links below