Chinese and Japanese Calligraphy has a very long history, and calligraphers must follow its foundations, its rules for creating. They are very strict and formal. Learning the history and the formalities can be interesting whether or not you are a student, teacher or observer. The more you study and know about calligraphy, the more interesting you will find it to be. But there must be some balance in bringing calligraphy into the modern era. 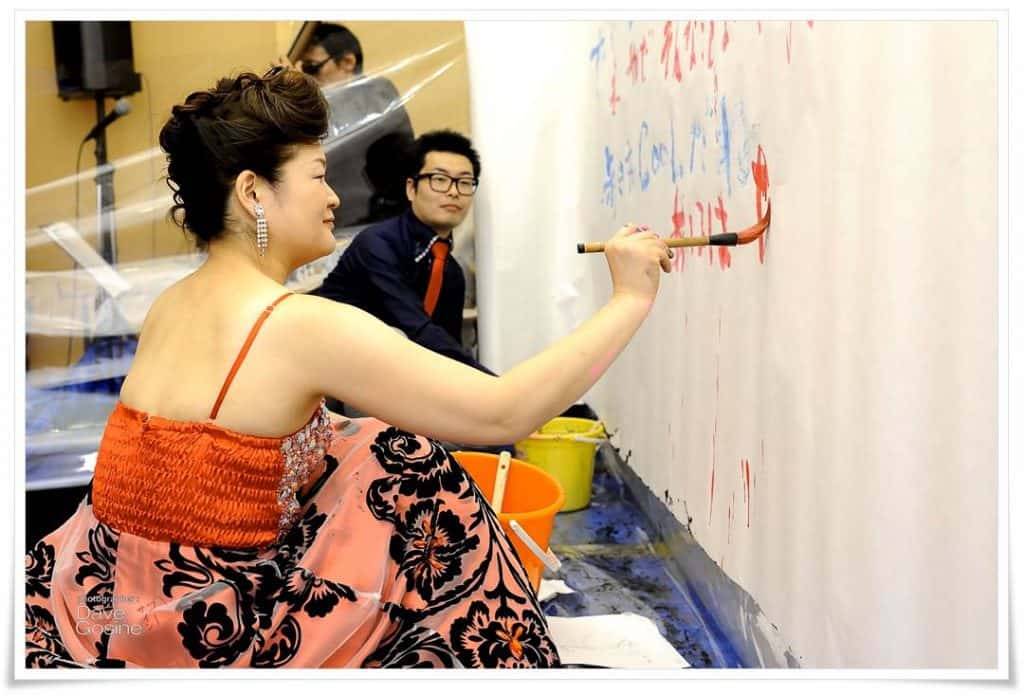 If we continue to express “only” the traditional style of calligraphy and we do not pursue its modern innovation at the same time, many contemporary people may become bored and will lose interest in calligraphy gradually. We need to think of the realities which modern society desires. Much the same is true of other traditional arts, Kabuki, Rakugo, Gagaku, Nagauta and many other things. 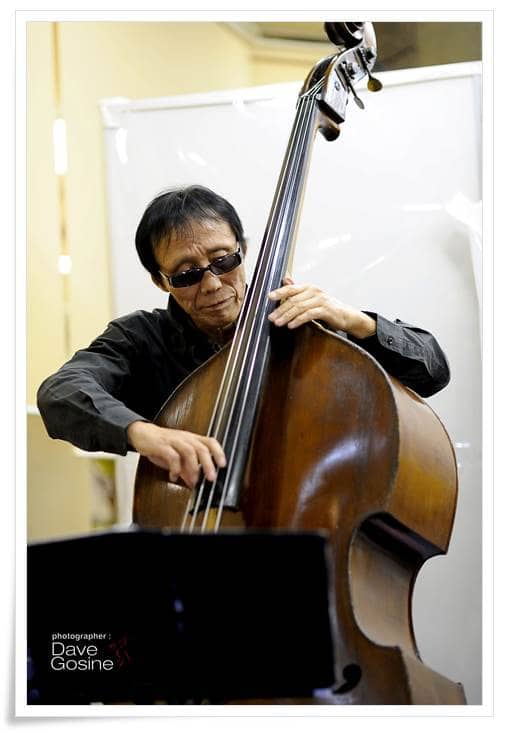 Many contemporary calligraphers have been personally challenging their own styles to create new work of appeal. Calligraphy performance with music is popular with young people, especially high school students. They write calligraphy as lyrics adding a colorful process to the music of a CD. 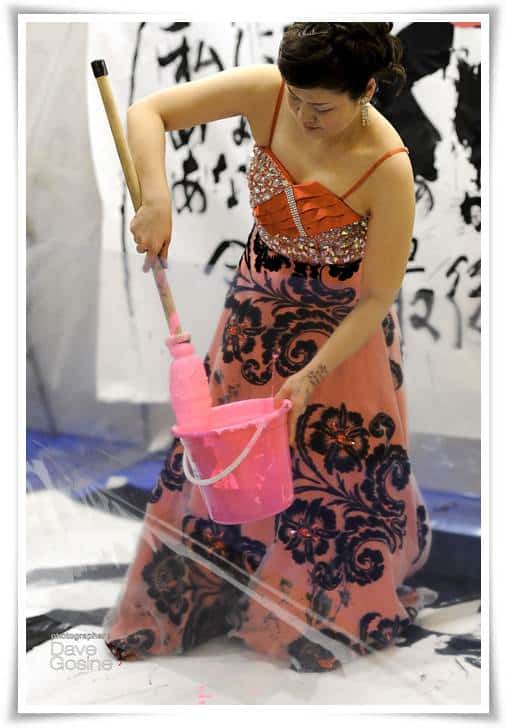 Japanese Calligrapher Sakiko Yanagisawa has been developing and creating Calligraphy performances for adult-oriented shows. She sticks resolutely to “live” music presented in a relaxed and comfortable mode. At her events, you can drink alcohol while watching the ongoing calligraphy performance and listening to the live music. At one event she collaborated with Jazz musicians (Jazz bass and vocal), on another stage she collaborated with Japanese traditional instrument musicians (Koto, Shamisen, Shakuhachi) and pursued modern innovation with them. 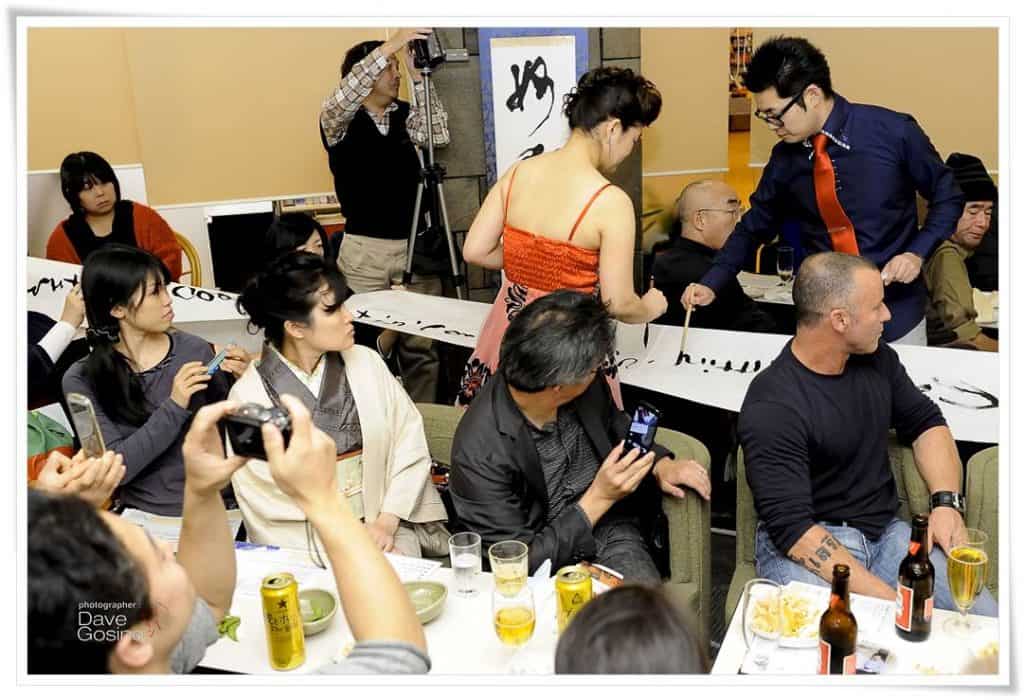 Eiji Nakayama is one of the most highly respected Japanese bassists, participating in a vigorous tour, performing nationwide with his own groups. His unique music full of clear tones has been regarded as a mixed sound of strength-unlike Japanese, and emotion-like traditional Japanese music, and he has been in demand worldwide. He has also been playing Jazz bass with other famous musicians, Elvin Jones (ds), Don Friedman (p), Richard Davis (b), Roland Hanna (p & cello), Bob Johnson (fhn), Frank Perowsky (fl), Eliot Zigmund, Dick Oatts, Peter Madsen, Gunter Wehinger (fl), among others. 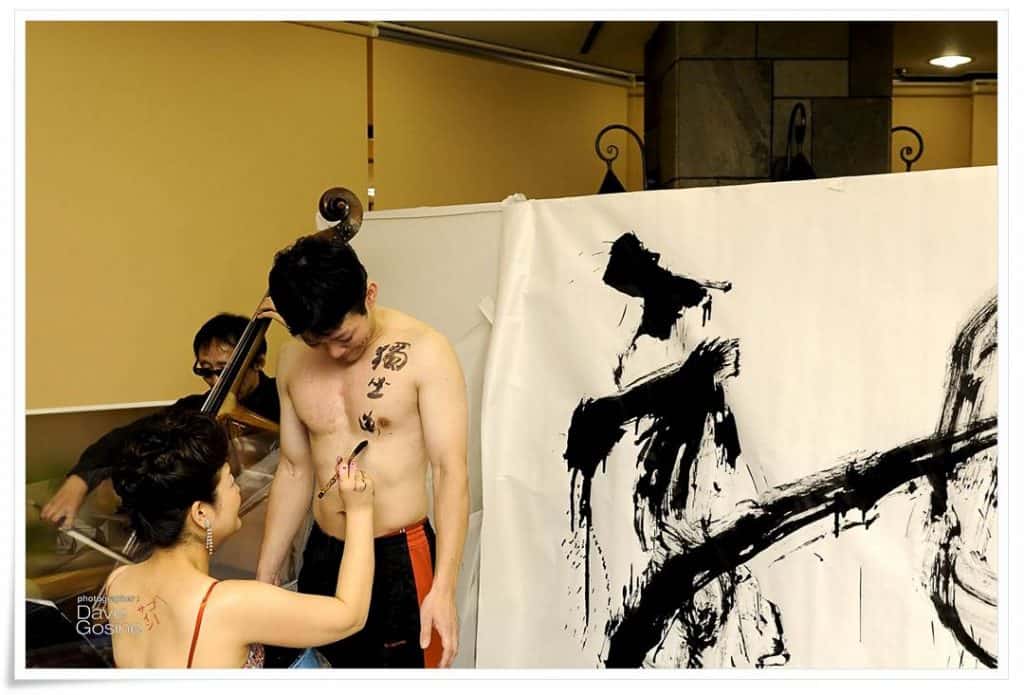 The calligraphy composition for the performance was a collaboration between Sakiko Yanagisawa and her calligrapher friend, Ryota Kato. Kato is a graduate of Daito Bunka University, a university well known to have produced many great calligraphers. His Engravings are delicate, beautiful, and powerful. 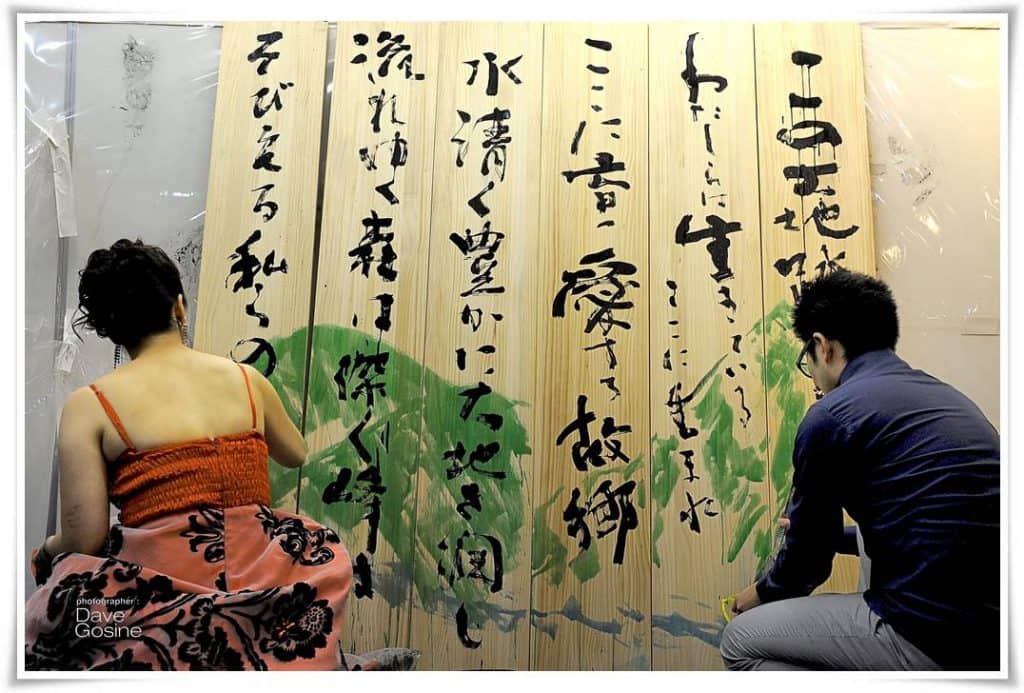 The performance was held at cafe “Ginza-Renoir” in Kawagoe, Saitama. The cafe was filled to capacity. In front of a large audience, she appeared clothed in bright red to the music of Eiji’s bass and much applause. Then she wrote many varied types of calligraphy on both traditional and non traditional materials. Preparation included materials such as transparent plastic sheets, boards of wood, cloth, wine and colored calligraphy ink, not just calligraphy paper. 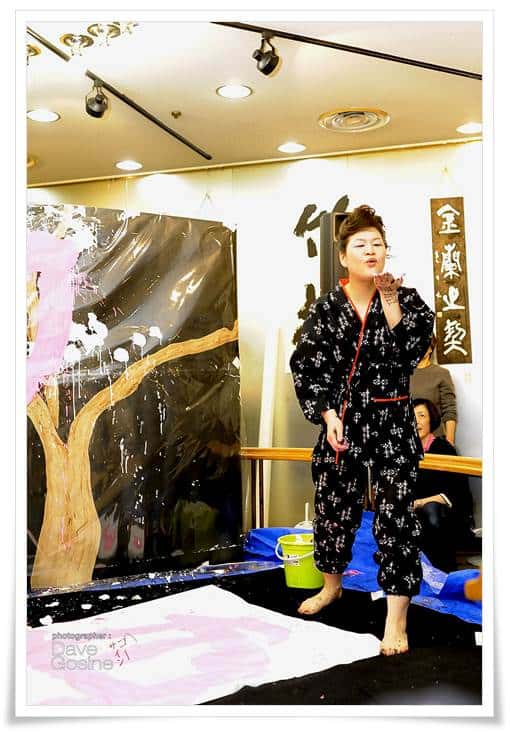 She wrote Tensho (seal style engraving of Chinese characters) on transparent vertical plastic sheets with pink ink, an unusual and unexpected color for calligraphy. In conjunction with music, Ryota Kato and Yanagisawa wrote in English on continuously unfolding long and thin calligraphy paper. They also wrote a poem on boards, English and Chinese characters on cloth and two Chinese poems on a person’s body. All of these performances and collaborations showed beautifully many new possibilities for bringing calligraphy into the 21st century. 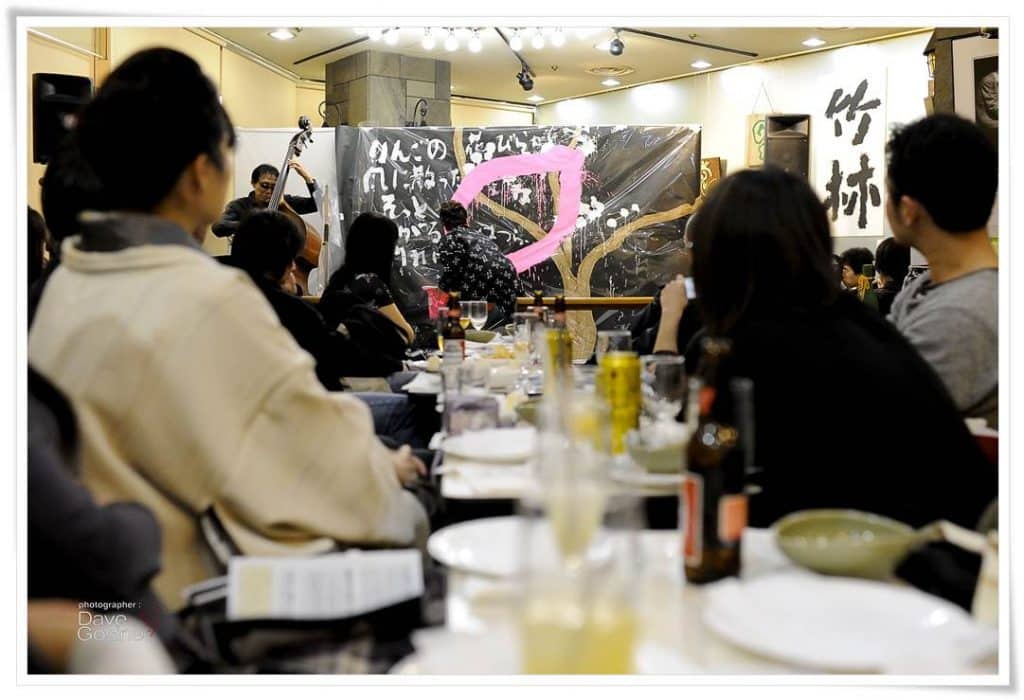 For everyone who missed the event, You can watch all the videos from the links below.

4. Beyond My All (composition Eiji Nakayama)