Broadly, today, ‘abstract’ identifies any visual art not concerned with representing known (or imaginary)_ objects, things of the world including optical views of that world–landscape. Simplified symbols, such as marks on cave walls we assume were “counters” –and very simplified (abstracted) representations of plants, animals and landscape features (tree, mountain, etc.) led to standardized letter & character forms, to written languages. The basics of visual art conveniently divide into two broad categories: form and content or formal principles with the affective responses engendered by visual-spatial organization and all those constituting “meaning” or existence elsewhere… beyond the visual manifestation on the canvas or in sculptured, constructed art objects imaging things and events…broadly, the world out there and the conceptual entities, stories and feelings that we associate with them.

With rich precedents in mind, modern abstraction owes its rationale and continued practice to early 20th Century artists and thinkers. Kandinsky and Mondrian, among many others, in their work and written theorizing changed the set of our usual art functions. This includes art practice and social relevance. For many of us practicing today, the challenge to create works that, through their formal elements of visual space, line, point (position and mark) and plane (shape) and the complementary factors of color, texture and pattern can elicit from viewers an intrinsic, qualitative response…is ‘meaningful’, of direct effect and value in perceptual experience. 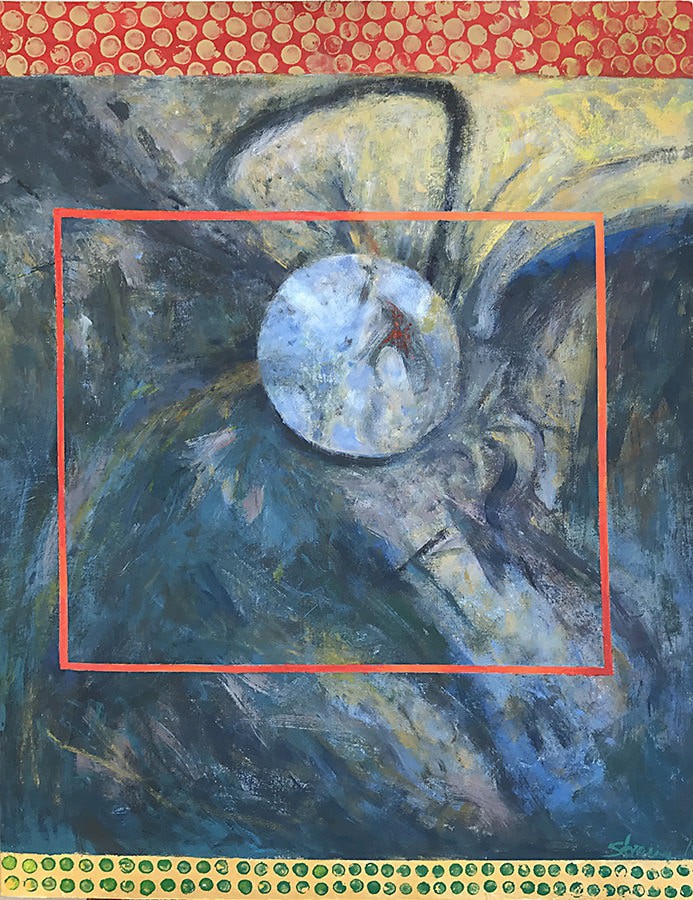 In cultural contexts this form of human creation and sharing is not a function of political, commercial or conventional religious affairs. Almost ironically, this is a form of freedom, adventure, self and social celebration and value. Sister Mary Corita, Los Angeles, 1940’s said: “Celebration is a human need.”

My own abstract adventure is partly fed by a life-long study of Asian art…among other non-Western arts. The entire complex variety of our universe results from combinations of less than a hundred elements. For some 14 years I explored the visual composition of paintings based on combinations of only 4 graphic shapes and 4 colors with their figure-ground and mirror variants (a set of 96). Since ending that series in 1990, I have explored more open possibilities including inventions of character and letter forms, calligraphic-gestural execution and non-Picture Window, perspective space formats. This is direct, non-representational abstract creation, abstract calligraphy. 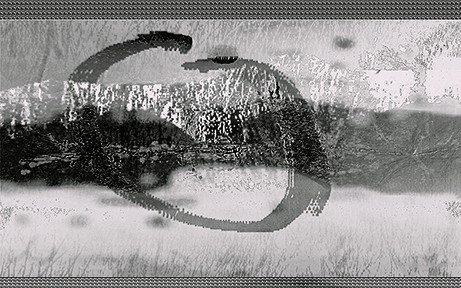 I mentioned Mondrian above. Sabro Hasegawa (1907-1957)., scholar of both East and West, also drew attention to him in his “My House” publication, comparing the asymmetry of spatial lines and planes in Mondrian’s paintings to the floor plan and other visual orders typical in Japanese homes and other buildings. The parallel is in the interplay of the structural brush strokes of an Asian character acting (a dynamic term) in the space of a square. More broadly–in the visual space of the chosen format, Eastern or Western.

In both Eastern and Western calligraphy circles skill, the discipline of craft including emulation of masterworks is held to be essential and something to be mastered before anything of value is possible (or allowed?). If so, it is paradoxical. The goal is the release, celebration and sharing of visual experience. Can emulation sponsor this? Yes, in part– in such disciplined practice one’s sensibility is enhanced and the coordination of optical, emotional and physical execution is developed. I suggest only that the perfection of one’s copy is not the real goal. The making of something of intrinsic value, even of unprecedented appearance is. One can be a brilliant copyist/craftsman but not a creative artist. And that raise the obverse question–can there be valid art with less than high craft? I note that my degrees are from “….College of Arts and Crafts”.

Hasegawa’s own tentative abstract calligraphy had little time to develop before his death. He left us with the possibility to explore.