耳 belongs to the 象形文字 (しょうけいもじ, shōkeimoji, i.e. set of characters of pictographic origin). It is a pictograph of a human ear.

說文解字 (shūowén jiězì, i.e. “Explaining Simple {Characters} and Analyzing Compound Characters”), by the philologist 許慎 (Xǔ Shèn, ca. 58 C.E. – ca. 147 C.E.), provides us with a definition of this character. There, one reads that “the ear is an organ governing hearing ability”.

Eyes and ears were considered to be organs which enabled some people to contact the divine spirit of the gods. Such virtuous individuals were referred to as “pure” (聖, せい, sei; also: “saint”). The etymology of the character 聖 indicates that this character is a member of 会意文字 (かいいもじ, kaii moji, i.e. set of characters that are a combination of two or more pictographs, or characters whose meaning was based on an abstract concept). It combines the idea of offering (呈, てい, tei) and 口 (さい, sai, where 口 stands for a sacrificial vessel used in rituals; read more here) and hope (望, ぼう, bō) for receiving blessings. The meaning of 耳 in 聖 is closely related to offerings to and listening to the voice of the divine. The oldest oracle bone script forms of 耳 from the early Shang dynasty period show a bent figure of a human being (kneeling or bowing while praying) with a large ear on top of it. If you refer to my article about the character 見 (けん, ken, “looking”, “viewing”), you will notice a great similarity between the concept behind both, as well as a virtually identical etymology (ideologically speaking). 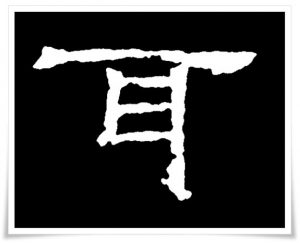 The above should explain the etymology of the complex character which means “to listen”, written as 聽, nowadays simplified to 聴. As you can see, the “offering” (𤣩) radical was removed. The character 聽 incorporates “offering” and “listening” (耳 plus 𤣩), as well as well as “eyes” (目, め, me) and “heart” (心, しん, shin). The word 耳目 (pinyin: ěr mù) in Chinese means someone’s attention. It also refers to the fact that wisdom is gained through listening and watching. The character 心 has many meanings, and, in this case, it most likely stands for an “intention” to listen, and taking all of the words to heart.

The character 聽 and its unfortunate simplification, is a great opportunity for stressing how dangerous and linguistically unstable a character simplification can be. The main issue with modern simplified Chinese characters is that, etymologically speaking, they are indecipherable. Even if one doesn’t know a character or two within a text, he or she can still deduce the meaning from its radicals. If the essential components are removed or simplified, the characters become unreadable. I hope that this issue will be eventually recognised by the Chinese government and that proper and traditional forms of characters will be restored as they should be. 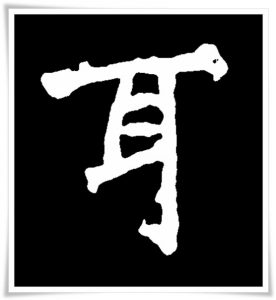 Figure 5. Ink rubbing of the character 耳, taken from the stele 張猛龍碑