Until 1983, it was believed that the Chinese writing system consisted exclusively of logographic ideograms, i.e. kanji (漢字, かんじ). Nushu (or josho in Japanese； 女書, pinyin: nǔshū, lit. “woman’s writing”) is a very unusual script for several reasons. It is an ancient syllabary created by women of the Jiang Yong County (江永縣, pinyin: Jiāngyǒng xiàn), located in the southern part of Hunan (湖南, pinyin: Húnán) Province in Northern China. It was discovered by sheer accident and revealed an astonishing cultural secret. 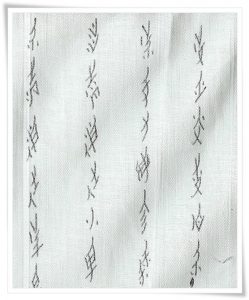 Figure 1. Fragment of a handwritten text on a handkerchief, nushu script, 20th century.

To understand the origins of this unique writing system, we need to look more closely at the environmental and political circumstances of that region nearly two thousand years ago.

The terrain of Jiang Yong is rich in water and has fertile soil, and the climate is warm. Thus, the main occupation was farming. But unlike in so many other areas of China, women did not have to assist men in agricultural work. They were free to focus on folklore craft. They gathered together, chanting songs or reciting poetry while knitting or creating various folk crafts.

The lyrics of those songs were passed from generation to generation for thousands of years. Many of the texts were composed on the occasion of marriage, expressing hopes for the new couple, particularly for the bride. So called “third day letters” (三朝書, pinyin: sān zhāo shū) were gifted to a newly married woman on the third day of her marriage.

In light of the above and the fact that education was only accessible to men, women gradually developed their own writing system based upon kanji, to a certain extent. It is said that there are approximately 1700 characters which were created.

Nushu characters are not of a semantic nature. They have phonetic relevance to the local Chengguan dialect (城關土話, pinyin: Chéngguān tǔhuà), which is why they cannot be considered as logographic characters. In this capacity, nushu is similar to Japanese kana (仮名, かな) syllabaries.

Apparently, nushu was a natural outcome of the need to express one’s own feelings and pass them on to the younger generation. It is the only style in calligraphy (in the broad sense of the word) created and used by only one sex. It is also the only style that was kept secret for centuries, cleverly embedded in folk craft items, disguised in designs and motifs.

Nushu is a very feminine style, delicate and simple in form. Calligraphy written in nushu, indubitably, has artistic value, though perhaps traditional Chinese calligraphers would disagree. 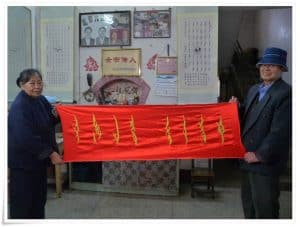 Figure 2. Photograph illustrating that the tradition lives on among the women of Jiang Yong. Nushu text, embroidered on red silk.

The last transmitter of this endangered writing system died in 1994. While that person, alas, did not pass on her knowledge, since that time a few young women have begun its study. Currently it is said that there are only five women in the world capable of teaching nushu. While they did not learn it from their “sisters”, according to the usual tradition of transmission, they, along with scientists, have managed to gather enough materials for the language to be preserved.

Women are not the only ones who strive to keep the candle of this tradition burning. There is one male who has mastered nushu. He is Zhou Shuoyi (周碩沂, pinyin: Zhōu Shuòyí), who in 2002 published a dictionary of nushu characters and their Chinese equivalents.