40th Anniversary Exhibition of All Japan Calligraphy Art and Literature Association, Part I. 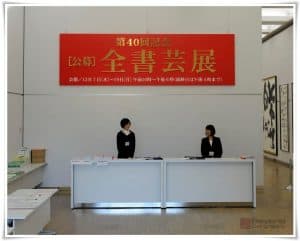 Figure 1. The reception desk of the Zenshogei (全書芸) exhibition. You can see guest books on the desk, where visitors sign in with a brush. That is the custom at any calligraphy exhibition in Japan.

The December Exhibition, is quite an event, and the number of calligraphy works displayed is astonishing. This year, over 2400 calligraphers showed their sakuhin (作品, さくひん, i.e. “ready work”), and since some of them decided to present more than one, we had nearly 3000 works hanging in the vast halls of The National Art Centre (国立新美術館, こくりつしんびじゅつかん, Kokuritsu Shin Bijutsukan) in Tokyo.

Beyond Calligraphy spent two days roaming the scene, overtaken by picture frenzy. We took thousands of photos, and it will take some time to go through them all, select the most interesting ones, and share them with you here on our blog. Additionally, we visited neighbouring exhibitions of other calligraphy associations, about which separate posts will be written. We saw massive calligraphy works, some of them nearly 10 metres long and over 4 metres tall. We also met the Masters who wrote them. 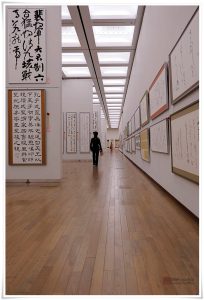 Figure 5. The exhibition was held in a maze of halls such as this one, lavishly decorated with calligraphy works from all over Japan.

In this article I would like to talk about the event in general, show to you an overview of the exhibit halls, and also say a few words about my calligraphy teacher, Master Kajita Esshuu (梶田越舟先生, かじたえっしゅうせんせい, Kajita Esshū Sensei), without whom the Beyond Calligraphy project would not exist.

We met in 2001, during a cultural exchange event in Tokyo. Once again, let me quote a passage from my book in progress, “Marvelous Ink”. It will perfectly explain the turn of events.

Students from various schools in one of the central Tokyo districts, Shinjuku, were invited to a cultural exchange event promoting various Asian countries and their most representative traditions. I was among them. There were culinary booths, national costume dancing, craft items, etc., but quite frankly it is all an unstable, dream-like memory to me, as when I saw the calligraphy booth, everything around me suddenly disappeared, like a mist obscuring a spectacular view.

I sat down at a tiny table for barely one person. There were a few pieces of paper neatly laid out to my left, a brush resting on a fudeoki (筆置き, ふでおき, i.e. “brush stand”) and an ink slab to my right. A genial woman in her early sixties approached and asked me to go to a desk where the Master was sitting, in order to receive an example for writing. Standing in a short queue, I found myself staring at the soft smooth movements of his brush, completely fascinated by them, like a kid seeing an elephant in a local zoo for the first time in his life. The Master was wreathed in a peaceful aura of harmony, surrounding him like a warm fur coat on a winter day. It seemed that time around him moved slowly, erasing what I imagined to be his ordinary everyday rushing routine, the aura created by his flawless coordination of body and mind.

I received the tehon (手本, てほん, i.e. “teacher’s example to copy from”) and went back to my table. The moment I sat down, the surrounding world began to spin. From the corner of my eye, I could detect only single frames of what was occurring, like a movie on fast forward, the camera focused on one immovable item, perhaps a house. The skies were changing, clouds were passing, rain fell, and night approached, but the house remained still. 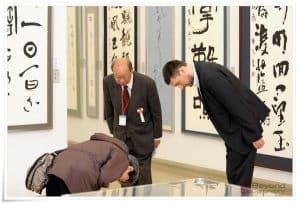 Figure 9. Showing great respect to knowledgeable people is an outstanding custom in The Far East. The low bow performed by the woman in the picture shows her gratitude to my teacher in thanks for his explanation of his work.

The calligraphy booth was fitted with six desks where visitors could try to write. People came and went, I sat continuously attached to the chair, seemingly by a super glue of absorption and paralysing charm. I didn’t even notice that everyone had gone home.

The same woman returned, once more awakening me from my daydream by asking me to bring what I had written and to show it to the Master.

After he had finished looking at all of my pieces, he chose one and gave it to me, saying:

“Looking at you, I see myself many years ago. I like your persistence and ability to focus.”

I was still dizzy from the scent of freshly rubbed ink and over four hours of writing, but somehow I managed to ask,

“Would it be possible for you to teach me calligraphy?” 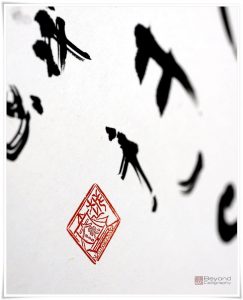 He did not reply, only smiled and gave me his card. The many details on the card did not get my attention, I focused on his name and a magical row of digits of a telephone number which I would not have exchanged even for a winning ticket in the grand lottery.”

Ten years later and here we are, displaying works together in the same calligraphy event. Life is a fascinating phenomenon indeed.

The work that my teacher decided to display this year tells a great deal about his personality and attitude. It reads: “Let us treat every day of our lives as if it were a precious stone” (一日一日を玉石のように大切に生きよう, いちにちいちにちをぎょくせきのようにたいせつにいきよう, ichi nichi ichi nichi wo gyokuseki no yōni taisetsu ni ikiyō). 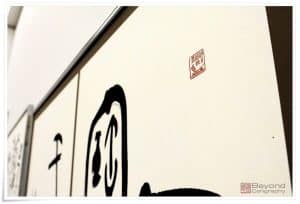 The work itself is written in a blend of styles. First, it is a Japanese chouwatai (調和体, ちょうわたい, chōwatai, i.e. “a style of Japanese calligraphy that combines kanji (漢字, かんじ, i.e. “characters of Han China”), and kana (かな, i.e. Japanese kana script”). Chouwatai usually also includes katakana (片仮名, かたかな, i.e. one of two Japanese syllabaries). The other, hataisho (破体書, はたいしょ, lit. “broken style”), merges various calligraphy scripts in one work. Both styles are incredibly difficult. They require not only a vast knowledge of all scripts, but also a mature personal calligraphy style (also known as shofuu [書風, しょふう, shofū]), in order to be able to interweave multiple forms, yet at the same time harmoniously apply them in one work.

I contemplated his work for a long time, and learned from it a great deal. From the inshu-in (引首印, いんしゅ いん, i.e. “quote top seal”), through the ingenious white space (空白, くうはく, kūhaku, lit. “void white”; i.e. the paper surface around the characters), to the management of the pen name seal placement, it is the work of a true Master.

The choice of two seals in relief (朱印, しゅいん, shuin) is particularly intriguing. The reason behind such a decision is that both seals should communicate with one another and tell a story, a story that corresponds to my teacher’s pen name (雅号, がごう, gagō). 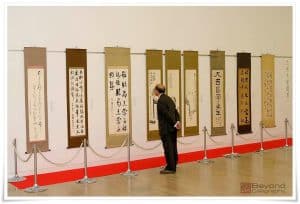 Figure 14. My teacher is admiring 遺墨 (いぼく, iboku, i.e. “masterpieces of the masters who passed away”).

The seals of my teacher were made by an eccentric seal carver, Master Shirai Yuuki (白井右鬼, しらい ゆうき, Shirai Yūki). The pen name seal that you see in Figure 10 reads 越 (えつ, etsu, i.e. “to exceed”) + picture of a boat + 大海 (たいかい, taikai, i.e. “ocean”). The picture of the boat symbolises the second character of my teacher’s pen name, which is 舟 (ふね, fune, i.e. “boat”). 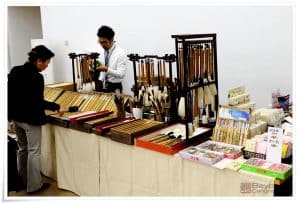 Figure 15. Each calligraphy exhibition is a marketplace for calligraphy supply stores. This vendor was from Tokyo and had quite an interesting collection of brushes.

The top quote seal reads 越舟酔眠 (えっしゅうすいみん, Esshhū suimin; I am unable to read the last character, but I presume it means to collapse; will have to ask my teacher) + the image of a boat turned on its side. The meaning of this seal is “Drunk, Esshū (舟 used in the name Esshū acts both as a part of my teacher’s pen name and refers to the boat) has collapsed and is sleeping”. Now, who says that calligraphy Masters do not have a sense of humour.

The inclusion of the seals changes the meaning of this work slightly, it becomes “treat every day of your life as if it were a precious stone, but do not take everything so seriously, and enjoy it while it lasts”.