We often see huge calligraphy works that are written as performance art or displayed during exhibitions. It is true that great skill is required to maintain the balance of large scale calligraphy. The size ratio of paper and brush to that of a human being may cause serious trouble, and embracing the whole area with one’s eyes in order to coordinate mind and body during writing may be quite tricky. So why then do people seem to enjoy large size calligraphy? Perhaps it has something to do with the fact that in the modern world, we tend to be impressed far more easily by things that are relatively large, or perhaps it is because they stand out and dominate us in a way. 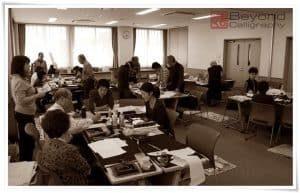 Large brush writing may indeed appear to be more expressive. The splashes of ink, the energy resembling the impetus of wild ocean waves smashing the paper surface with its black fury, the wild turns, powerful kasure (掠れ, かすれ, i.e. “streaks of white”) and its kinetic energy all work in favour of large works. But is that always the case? Can small, or even tiny, calligraphy be as expressive and powerful as large? 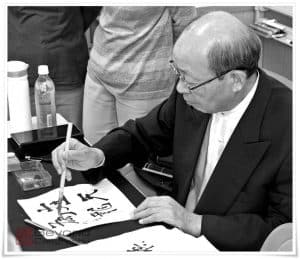 Figure 2. Master Kajita Esshū (梶田越舟) is correcting his own works for educational purposes.

Small calligraphy requires true mastery of the brush to be powerful, for the lines to come alive and heat up the aura with searing flames of passion through the medium of tiny brush strokes. The beauty is hidden in the details spawned by micro movements of the brush tip. Another challenging aspect is the ability to control the blur effect (so called nijimi [滲み, にじみ] in Japanese, i.e. “the bleeding effect of the ink on paper, and the beauty and warmth of the same”) which is so essential to calligraphy and is particularly difficult in small scale calligraphy. There is virtually no room for any hesitation. A good quality paper’s blur abilities are so powerful that a small pause during writing, or even a slower movement of the brush on paper, may cause an excessive and undesirable blur. One needs to successfully blend a surgeon’s precision with an outburst of passion. 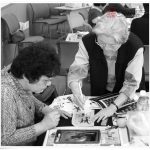 Figure 3. To study under a watchful eye of an experienced teacher is an exceptional experience.

In a lifetime of the study of calligraphy, one should have experience with various brushes, ink, paper and ink stones, so called Four Treasures of the Study (文房四宝, ぶんぼう しほう, bunbō shihō). Getting used to only one set is the worst mistake imaginable. Only recently, my teacher scolded one of the teachers who is his disciple, for not using the expensive inkstones that she had in her collection. He asked her to experiment and enjoy breaking the boundaries of her own artistic world. 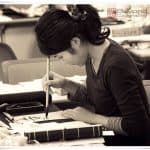 Figure 4. A sight of the young generation in love with calligraphy is a rare treat in modern times.

I often swap brushes during writing, whether it is rinsho (臨書, りんしょ, rinsho, i.e. “copying [studying] masterpieces”) or sousaku (創作, そうさく, sōsaku, i.e. “one’s own composition”). I shift from a soft haired brush to a more responsive and flexible one or experiment with sizes, use more than one at once in order to achieve intriguing lines, or even use unusual brushes such as a bamboo brush (竹筆, たけふで, take fude, i.e. “bamboo brush”), a brush from which both the tuft and the handle are made from the same piece of bamboo. These are all invaluable lessons from which one can only benefit. 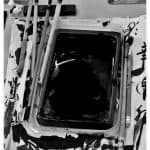 Figure 5. If you swap your brush often, you will learn how to write with anything.

My teacher once said to me: “Follow the path that doesn’t exist, but one that you know that is right. Use your heart as a compass and knowledge of the masterpieces as stars to guide you. Learn from others as well as from your own mistakes. Impose no limits on your experiments but always remember the fundamental principles of Sho (書, しょ, i.e. “to write”; here: “East Asian Calligraphy”).”

Calligraphy is a child of the moment, yet it takes years for it to grow into an independent entity. It is like a lone eagle carried by a thermos of ancient knowledge. When mature, its flight will be effortless, precise and strong, and easily controlled with virtually unnoticeable wing movements.

To study is to challenge yourself. An old Chinese saying goes: Zheng sheng wu sheng (正勝吾勝, pinyin: Zhèng sheng wú sheng, i.e. “the true victory is the one over self”). If you continue to write what you are comfortable with, you will not improve. That is why, in my studies of rinsho, I always reach for a koten (古典, こてん, i.e. “calligraphy masterpieces [classics]”) that is within my skill level but still challenging in difficulty. Often, I go back to those that I wrote in the past. The same is true of writing in various calligraphy styles or using different brush sizes (Figure 5.). 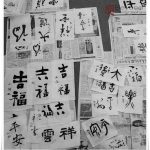 Figure 6. There is no such thing as limited creativity. We put boundaries on ourselves.

My teacher always tries to organize meetings with other Masters who specialize in certain scripts and hold study meetings (勉強会, べんきょうかい, benkyōkai, lit. “studying meeting”) that will teach us new techniques. A few times a year, we gather in groups and learn from one another, under the surveillance of experienced teachers. In fact, over 50% of the participants in these groups is comprised of instructors (師範, しはん, shihan) led by my teacher, Master Kajita Esshuu (梶田越舟, かじたえっしゅう, Kajita Esshū, 1938 – present); see Figures 2. and 10.

In this article I would like to share with you a few photographs that I took recently at one of these gatherings. It was a small brush study meeting (小筆勉強会, こふでべんきょうかい, kofude benkyōkai), which took place in November. During this session, my teacher spoke at length about the work of his teacher, Grand Master Kuwahara Suihou (桑原翠邦, くわはらすいほう, Kuwahara Suihō, 1906 – 1995), who truly enjoyed small scale calligraphy. I will discuss some of his work in Part II of this article. 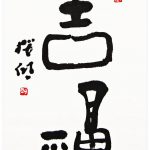 As you can see in Figure 1., we were divided into a few groups. Each group had a separate instructor assigned to it, lending us their assistance whenever needed (see Figure 3.). Naturally, one could move about and see what and how other people were writing. Small scale calligraphy requires that the calligrapher thinks about the composition quite thoroughly before the brush touches the page for the first time (so called 起筆, きひつ, kihitsu, lit. “brush awakening”), about the signature (落款, らっかん, rakkan, i.e. “signature”) and the seal placement, and how the work will be framed. The signature is executed with the same brush with which the calligraphy was written, preferably without rearranging the brush tuft on the inkstone.

In Figure 2. you can see my teacher correcting his own work from years past, sharing his opinions and explaining his own mistakes, or telling us why he thinks this or that is wrong, or simply, why he doesn’t like it. Calligraphy is a bit like crossing a river, you never go into the same water twice. This year you won’t be able to write as you did the previous year, and obviously you are not yet able to write the way you will be able to in the future. Reviewing your own work is one of the greatest ways to study one can imagine. So make sure that you store your work for the future. 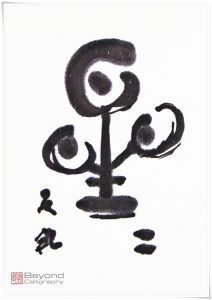 Figure 4. is a great photograph for many reasons. First, I really admire the focus and concentration of the calligrapher. The harmony between mind and brush is clearly seen. Also, it is so rare to see one’s own generation so deeply involved in calligraphy studies that they seem emotionally absent from this world.

In Figure 6., you can see works placed on old newspapers. It is great to experience seeing how creativity differs from one human being to another or how many ways the same phrase can be written. I remember that before we started to study, my teacher said that there were absolutely no rules or required styles, and that we were free to mix and match, as long as we respected the traditional laws of Sho, as I mentioned earlier. 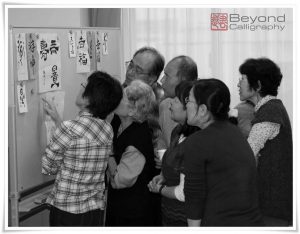 Figure 9. Exchanging opinions with other calligraphers is learning.

Figures 7. and 8. are examples of small scale calligraphy work. Both are smaller than a postcard. I remember that we had various types and sizes of paper. Basically, everyone brought pieces of paper that were left from writing larger work. Some of them were as small as two boxes of matches joined together. Imagine the seal sizes required for such tiny work. The work you see in Figure 7. is 5 x 5 mm small.

In figure 9., we are gathered to examine work that each of us chose as a final piece to present. The discussion continued. It is usually most entertaining to hear everyone explain why he or she chose this or that style, ink, brush, etc., a great learning experience and fun at the same time.

Speaking of fun, in Figure 10., my teacher is pictured enjoying himself writing the phrase daidou (大道, だいどう, daidō), which has several meanings. The one meant for this work was most likely “basic principles (morals)”, or “the right path chosen by a given person”, and in our case it is calligraphy. 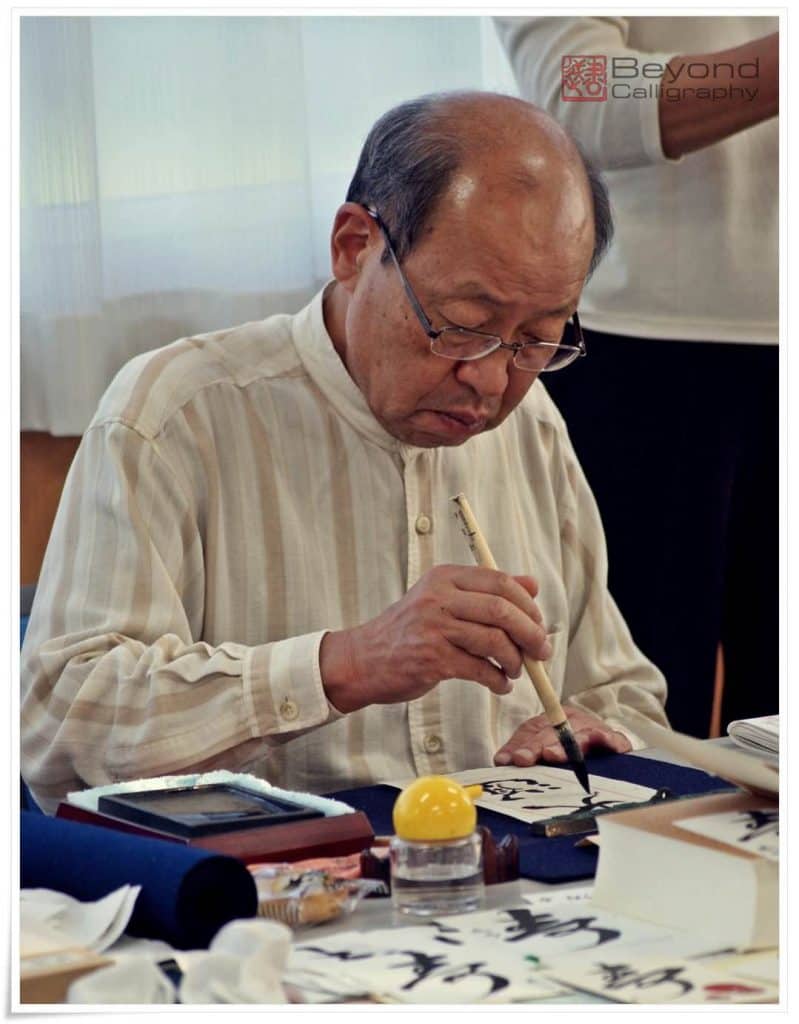 Figure 10. Ink is the most powerful drug in the world, leaving us all high in a state of lifelong bliss.