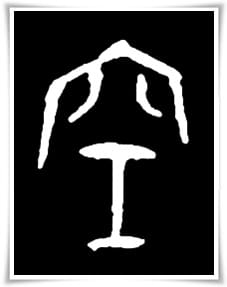 空 belongs to the 形声文字 (けいせいもじ, keiseimoji, i.e. phono-semantic compound characters). This is by far the largest group of Chinese characters, encompassing about 85 – 90% of all kanji, which are constructed of semantic (disclosing the general nature of a character) and phonetic compounds (responsible for its sound, and often further narrowing the meaning of given character). Usually, semasio-phonetic characters have a semantically corresponding version in the form of another character of a more complex nature (so called 正字, せいじ, seiji, i.e. correct (traditional) character); however, 空 does not have such a form.

The phonetic part of the kanji 空 is 工 (こう, kō; today’s meaning of this character is “construction worker”, also “craft”, “artisan”, “skill”, etc.).
In 空, 工 also represents a gently curved shape, similarly to the way it does in the character 虹 (にじ, niji, i.e. “rainbow”). The meaning of 工 in the character 空 is (most likely) related to the dome-shaped curvature of the distant horizon, which is a consequence of the Earth being round. In summary, 工 plays the double role of phonetic and semantic components of the character 空. In later stages the original meaning of 空 was expanded from a dome-shaped space to “emptiness” in general. 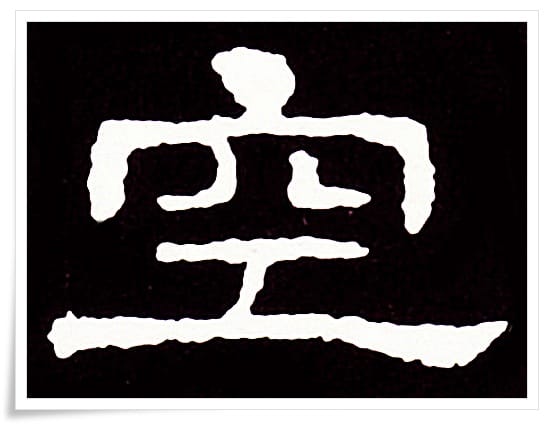 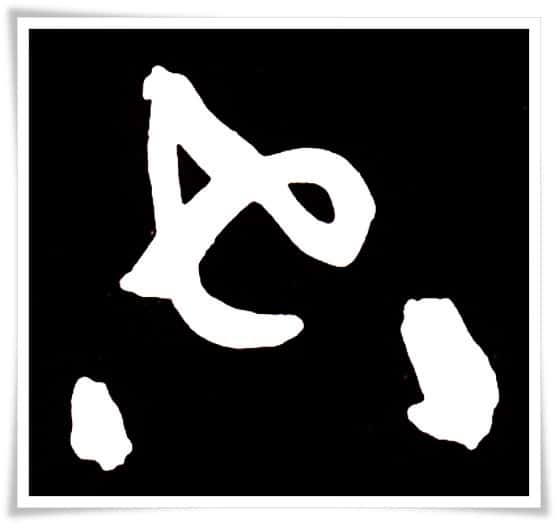 Figure 4. Ink rubbing of a rather advanced form of the cursive script 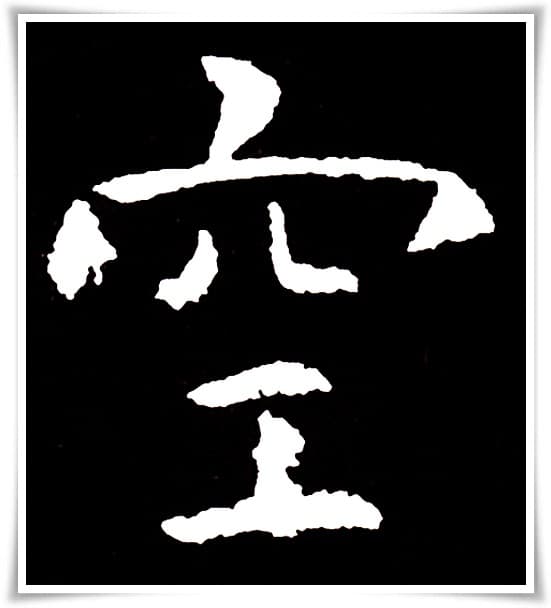 Figure 5. Ink rubbing of the relaxed and supple standard script 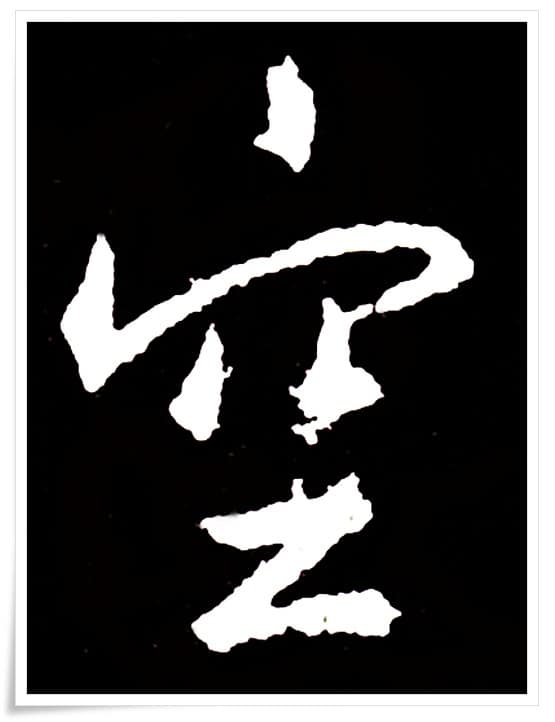