The modern form of せ comes from the cursive form of the kanji 世 (せ, se, i.e. “world”, “society”), though it would seem that semi-cursive style is visually closer to the shape of せ. Due to a fact that kanji 世 has multiple forms in standard script (楷書, かいしょ, kaisho), its cursive script forms may vary quite significantly from one another. Follow the progression of the different scripts shown in Figures 1 to 3 to understand the origin of せ. 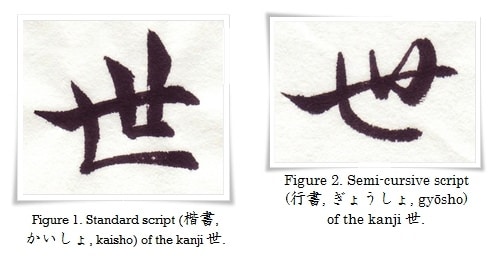 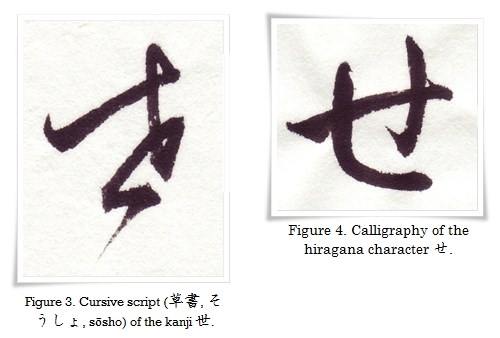 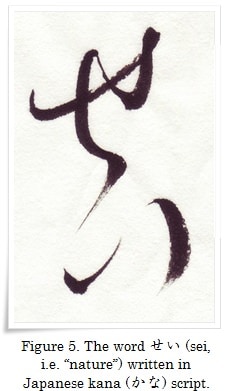 Figure 4. Calligraphy of the hiragana character せ. Note the corresponding shape with the semi-cursive and cursive forms of the character 世.

Figure 5. The word せい (sei, i.e. “nature”) written in Japanese kana (かな) script. The hiragana character い is based on the cursive form of the kanji 以 (い, i, i.e. “by means of”, “because of”, etc.), which is explained in this article.