王 belongs to the 象形文字 (しょうけいもじ, shōkeimoji, i.e. the set of characters of pictographic origin).

The oldest forms of this character from early Shang dynasty (商朝, 1600 – 1046 B.C.) are pictographs of a large axe (鉞, まさかり, masakari) blade (刃部, じんぶ, jinbu), as shown in Figures 1 and 2. The association of the axe with the ruler comes from a ceremonial axe that was kept near the throne, and was used for performing rituals in ancient China.

According to a work of a philosopher Dǒng Zhòngshū (董仲舒, 179-104 B.C.) of the early Han dynasty (漢朝, 206 B.C. – 220 C.E.), titled 春秋繁露 (Chinese: chūn qiū fán lù, i.e. “Rich Dew of Spring and Autumn”), the shape of the character 王 has a symbolic meaning. The three vertical lines depict three powers: Heaven, Earth and Man (天地人, てんちじん, tenchijin), which are then connected by a vertical line symbolising the ruler bracing those powers and taking control over them. In his book we read: “王道通三 (Chinese: wáng dào tōng sān)”, which could be translated as “the way of the statecraft is (to gain) mastery over the three (powers)”. A similar political axiom was put forth by Confucius (孔子, 551 – 479 B.C.), four centuries earlier. 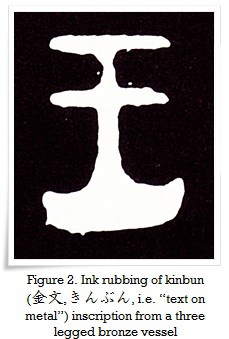 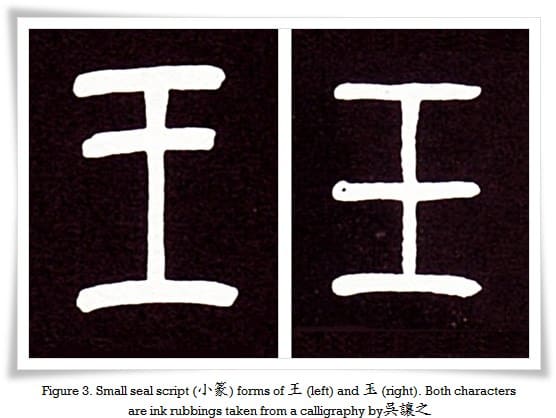 In clerical script this distance was reduced, and a dot was added to the bottom-right of 玉, as the last stroke of this character (please see my article on stroke order to read more about it). Please compare the two characters (王 and 玉) shown in Figure 3 with those in Figures 4 and 6. 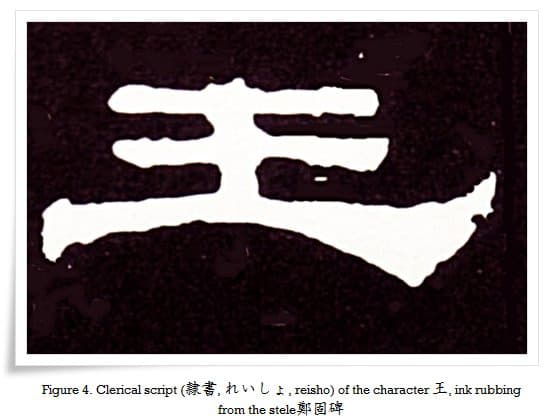 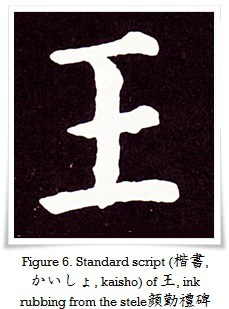 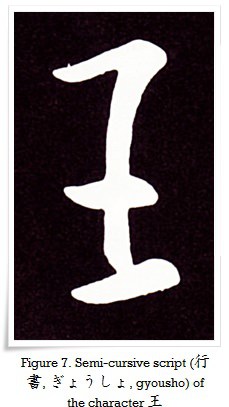