Growing up with Shodō

I was born and raised in Kyōto. My mother was an accomplished artist Japanese calligrapher (Shodō-ka). My upbringing was intimately connected with the Shodō world. Enfolded in the rich natural world of Kyōto’s four seasons, I grew up with the brush, suzuri, washi paper and the aroma of sumi ink. The various feelings this inspired gave power to my own development in Shodō.

During my studies in China, the Gulf War broke out, and the other international students and I would cluster around a small television to follow the news.

From this experience, my perspective broadened, and I quickly came to realize “The whole world yearns for peace, not just Japan.”

From this time, I developed a new idea. “I want to share the Japanese traditional culture of Shodō around the world.”

I dreamed “even if a nation is in conflict, I can make friends with people, one at a time, by sharing the world of Shodō.” 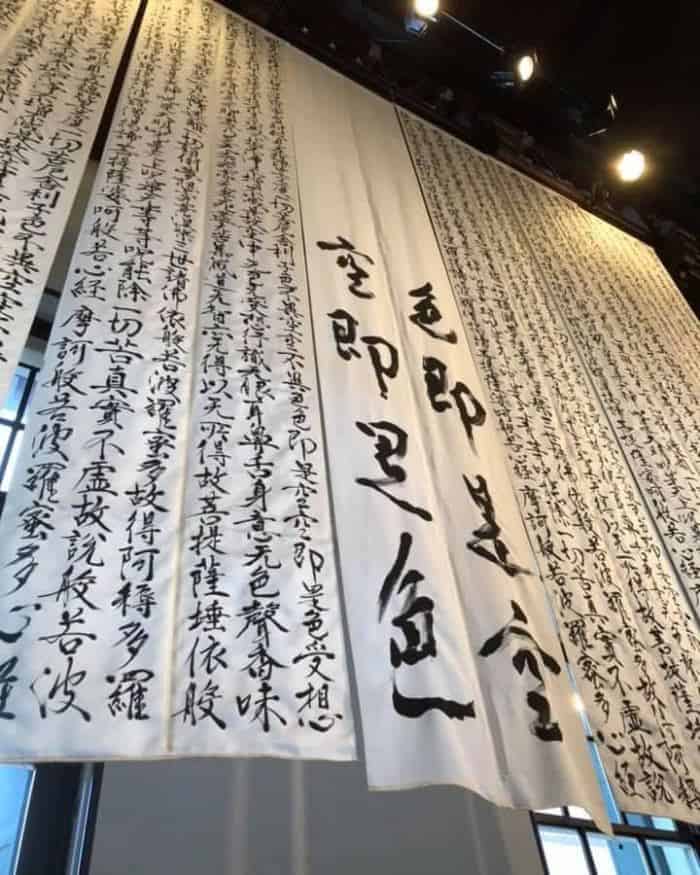 Since 2013 I have shouldered my Shodō tools and headed out into the world. Adding it all up, I have reached 11 countries so far.

In February of this year (2018), I went to England and shared my Shodō workshops, lectures and performances in Oxford University and Eton College. I enjoyed sharing this time with many future leaders.

In October I went to Seoul in Korea, then in November I went to Hanoi in Vietnam and had the pleasure of sharing calligraphy with the local people in those places.

In Hanoi, I met a girl from a local tribe, and I wrote “ありがとう” (arigatō, thank you) for her with a small brush on a postcard I brought from Japan. She smiled beautifully, as if my small gift was a great treasure. I feel this kind of personal encounter will help us know more about each other’s culture, understand our differences and smile together. These experiences are irreplaceable, and they are precious for me.

“Calligraphy Kyōto, Chifumi Shodō” is a Shodō studio based in an old machiya (Kyōto traditional house) in Kyōto City, Nakagyōku, near the Imperial Palace.

In my studio, amazing people from 1 year old to seniors gather together to encounter the Shodō page and write their characters.

With children holding a brush for the 1sttime, I guide them to use correct posture, how to hold the brush and how to find joy in Shodō. But it’s not just about writing characters. As we write, I am passing along the heart and actions of Japanese culture and lifestyle.

For adults, we can experience the daily renewing and encouraging effects of Shodō. It is something we can live for (生きがい, ikigai, reason to live) and a real opportunity for life-long learning.

Every year, more and more foreign visitors to Kyōto want to learn about Shodō. Against the backdrop of Kyōto’s deep cultural history, we hold a special “Calligraphy Experience Program for Foreigners” in our machiya studio. For those who want to study for a longer time we have a Shodō International Student System.

The important time we spend together, “One time one meeting” (一期一会ichigo ichie). It’s not just in Shodō but also in the value we place on courtesy, the heartfelt emphasis on hospitality in Japanese culture.

I think of my calligraphy as ‘movement of the heart’.

Movement of the heart is invisible.

In the Shodō world, art makes visible the invisible movement of the heart.

Shodō is also a sport.

When writing, we use our physical senses to heighten concentration.

As with sports, after a work is completed a comfortable feeling of fatigue lingers.

Please encounter the creations of my moving heart, look kindly upon the works I offer for your perusal.

Master of Japanese Calligraphy Chifumi Niimi has been commissioned by many notable clients including a host of famous companies and esteemed individuals all over the world.

Chifumi Niimi continues to produce artworks and strives to convey in her calligraphy that which is at the heart of Zen. 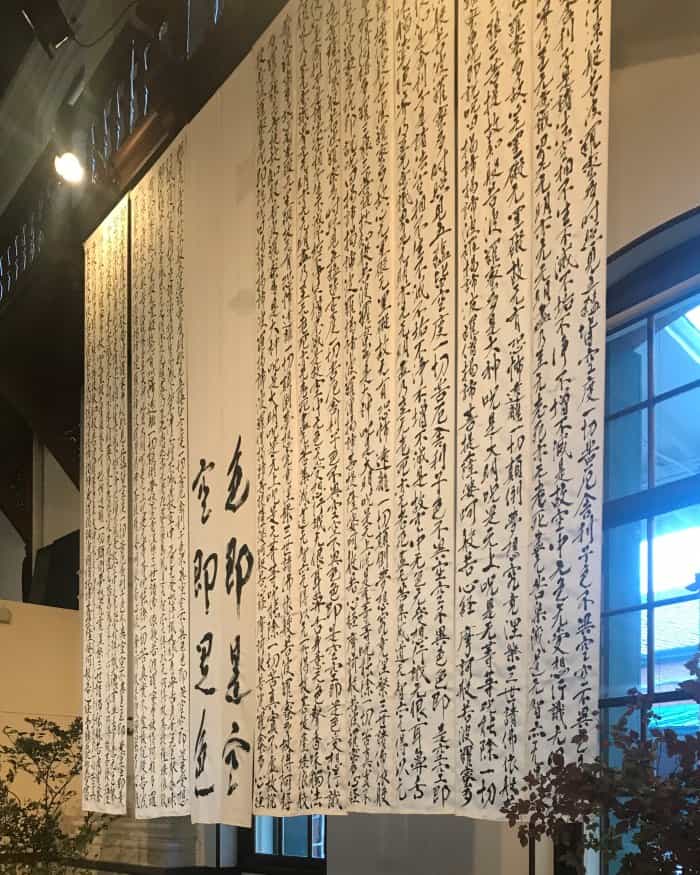 This rendition of the Heart Sutra enlivened the whole exhibition as it was hung like a white cascade from the 2nd Floor of the Annexe to the Museum of Kyoto, an Important Cultural Property.

Like a feature stone in a Zen stone garden, it made an outstanding contribution to my exhibition’s strong impact.

The Heart Sutra is a prayer we Japanese people are very familiar with. It’s a short scripture consisting of 262 characters.

Thank you for your consideration.