In 2015, a film about the Japanese diplomat Chiune Sugihara and his actions in the midst of WWII was made by Director Cellin Gluck. The film was shot in Poland where most of the Jewish refugees whose lives he saved had escaped from to Lithuania. The movie’s name is “PERSONA NON GRATA” (Japanese movie title: Chiune Sugihara). Chiune Sugihara was a diplomat who issued visas for Jewish refugees, saving 6000 lives in the early years of World War II. He has been known as the “Japanese Schindler” all over the world.

The FCCJ (The Foreign Correspondents’ Club of Japan) published a Q&A with Gluck. You can read the full article here. 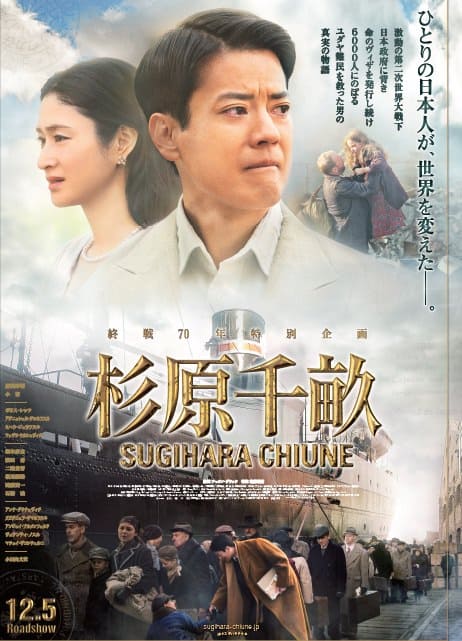 The movie’s official website is (in Japanese):
The film’s release has been timed to coincide with the 70th anniversary of the end of WWII in 2015. Coincidentally, now more than two million Syrians have fled their war-ravaged country. We should watch the film and rethink our history, and then we will never make the same mistakes again.

My Calligraphy sister Rona Conti was commissioned to create artwork dedicated to Sugihara Senpo and presented to the Sugihara Museum and Foundation in Vilnius in 2013.

This art by Rona inspires me and touches my heart. We artists can express many sentiments and opinions in our arts. Making art or a movie or something about someone who helped the lives of many people like Chiune Sugihara is an admirable attitude. Therefore I am sharing this information about Cellin Gluck’s movie and Rona’s art.