Neigetsu is a Japanese Calligraphic Designer and Artist, born in Tokyo, Japan in 1982. She began learning Japanese calligraphy at the age of 6. Neigetsu received a Bachelor of Education from the University of Tokyo. She attained the rank of Shihan in 2008, certifying her as an instructor of Japanese calligraphy. Her artwork goes beyond creations of Japanese modern design and art. As a teacher, she creates curriculum content to increase creativity in her students. 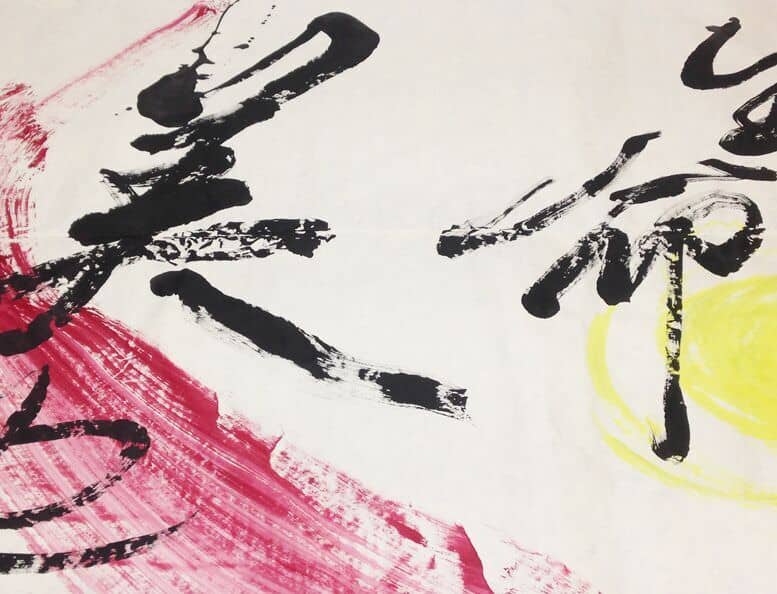 Neigetsu’s second solo exhibition will be held from February 24th to March 31st at a stylish cafe located in the Shibuya district of Tokyo. She writes, “For this exhibition, I created and wrote a “One Hundred Character Poem” with advice from a Chinese friend. You might know the “Thousand Character Poem Classic”, the very old famous Chinese poem which all students of calligraphy must learn when they begin their studies. The “One Hundred Character Poem” was created by extracting the essence of Asian ideas from the “Thousand Character Poem Classic”. At the same time, I added the feelings of our generation using only one hundred Chinese characters, each one different than the rest.

The title of this exhibition is “A One Hundred Character Poem – Life is Beautiful”, an original poem brushed in Japanese calligraphy. The artwork was composed and written by me. 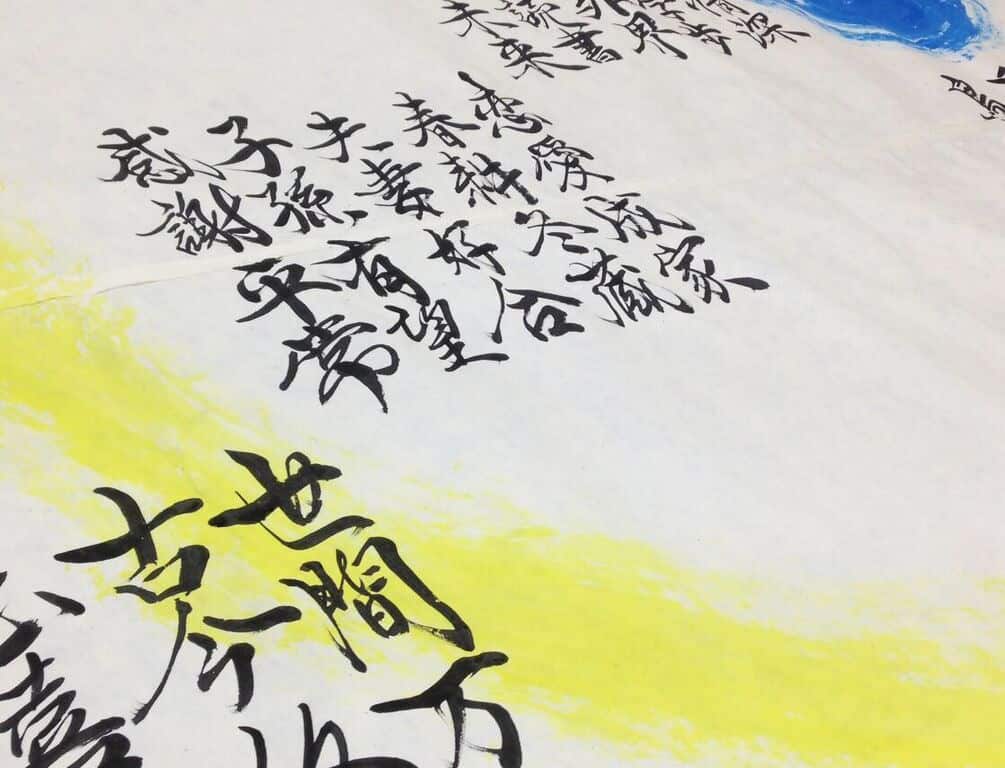 “A One Hundred Character Poem” is very simple. It consists of one hundred Chinese characters, each one different. The idea of creating this poem was conceived two years ago by me when I read a book about “The Thousand Character Poem Classic ” at a coffee shop near my home.

“The Thousand Character Poem Classic” was said to be composed in the 6th century in China and has widely spread not only to other parts of Asia but also to Western Countries as a textbook for those learning Chinese characters. “A One Hundred Character Poem” presents knowledge of Asian ideas such as Confucianism and Buddhism alongside the feelings of people living in the 21st century. Special thanks to my friend who was born and raised in China for her help. It is hoped that you will enjoy this calligraphy exhibition and feel personal “happiness” while seeing these one hundred characters.”

Below is a translation in Japanese and in English of the poem you will see in calligraphy.

All artwork was produced by Neigetsu and she would like to give special thanks to Tian Shan, who was born and raised in China for her help. “One Hundred Character Poem” was
composed by Tian Shan and Neigetsu calligraphed by Neigetsu.

It is hoped that you will enjoy this calligraphy exhibition and feel personal “happiness” while seeing these one hundred characters. Please come to see my presentation of very large works on the wall of the cafe uzna omom b one