Is scandal possible in the world of Japanese calligraphy? The Nitten, the largest annual fine arts exhibition in Japan and currently attended by about 175,000 visitors, has admitted to rigging exhibition results for the screening of the 2009 section “seal engraving” within the calligraphy section of the exhibition for that year. Further research resulted in similar results for previous years with the eight major schools of calligraphy in Japan being the recipients of being chosen while other schools, of which there are many, were left out in the cold.

How is this possible and what does it actually mean? Attention to detail is a hallmark of Japanese culture. In this case a paper trail as recounted in an article in the Asahi Shimbun tells the complete story with photographs and statistics. 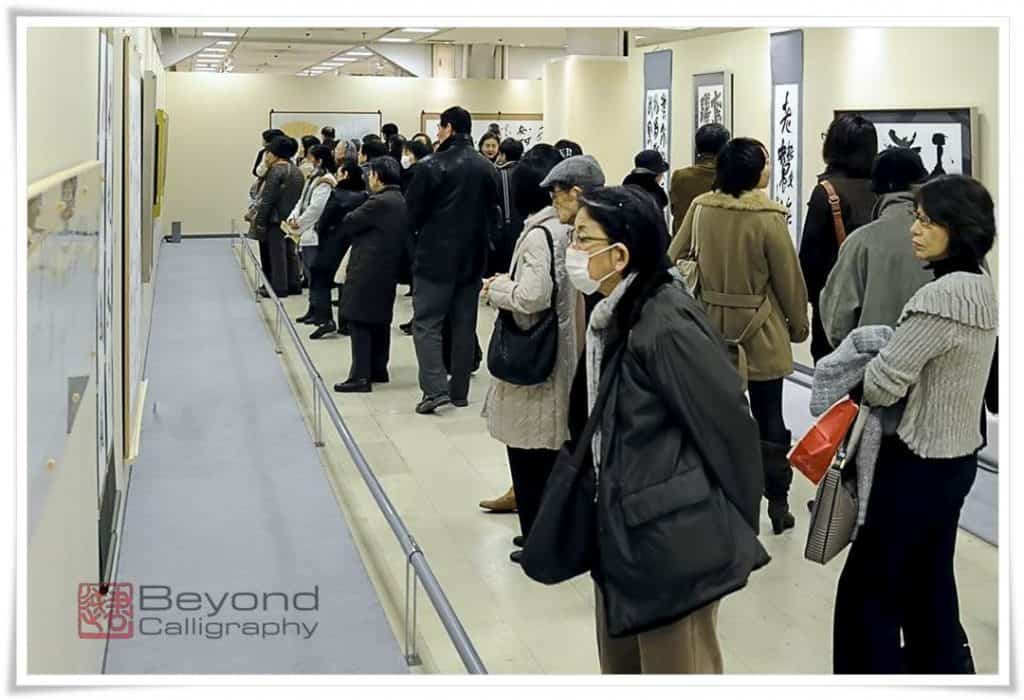 Having work exhibited in the Nitten is considered the first step to any successful career in the fine arts in Japan. Calligraphy is one of several categories for which artists pay to have their work judged for possible inclusion. The current fee is approximately 100 USD, and anyone can apply. Thus, pay to play means that the Nitten, and other organizations with a similar judging set-up, receive significant income to support those chosen. Those not chosen get nothing tangible for their investment.

You could say well, what difference does that make? Did they really choose the best artists? It seems that being chosen has multiple implications and results for the life of calligrapher artists and teachers as recounted in the newspaper. The results point to a class system in the Japanese Fine Arts world. There are links to the Japan Art Academy, 日本芸術院, Nihon Geijutsu-in, the highest ranking artistic organization in Japan. Members are part time national public servants who can receive up to 2.5 million yen per year in government salaries and given prestigious cultural awards .

Detailed information is found in the first article and is followed by the announcement that The Nitten has apologized.

The Ministry of Culture and the Agency for Cultural Affairs has directed Nitten to investigate and report their findings by the end of this month.

Beyond Calligraphy hopes that going forward the Nitten will become a place for fair and completely unbiased judging that will benefit all.