AraCal (AraCal.com) is a project aimed at the thorough preservation of Arabic calligraphy as it has evolved since its inception. Naturally, though, a project of this nature does not simply address literal changes in character strokes, proportions, and angles. Rather, AraCal is an exploration of these fluid scripts as they were handled, molded, and stretched by countless cultures over hundreds of years.

Arabic calligraphy grew and spread with the language over a century and a half ago. In fact, the connected script that is modern Arabic has its roots in the birth of the Islamic religion. The explosive growth and spread of the language was therefore due to the spread of Islam across the Middle East and beyond. 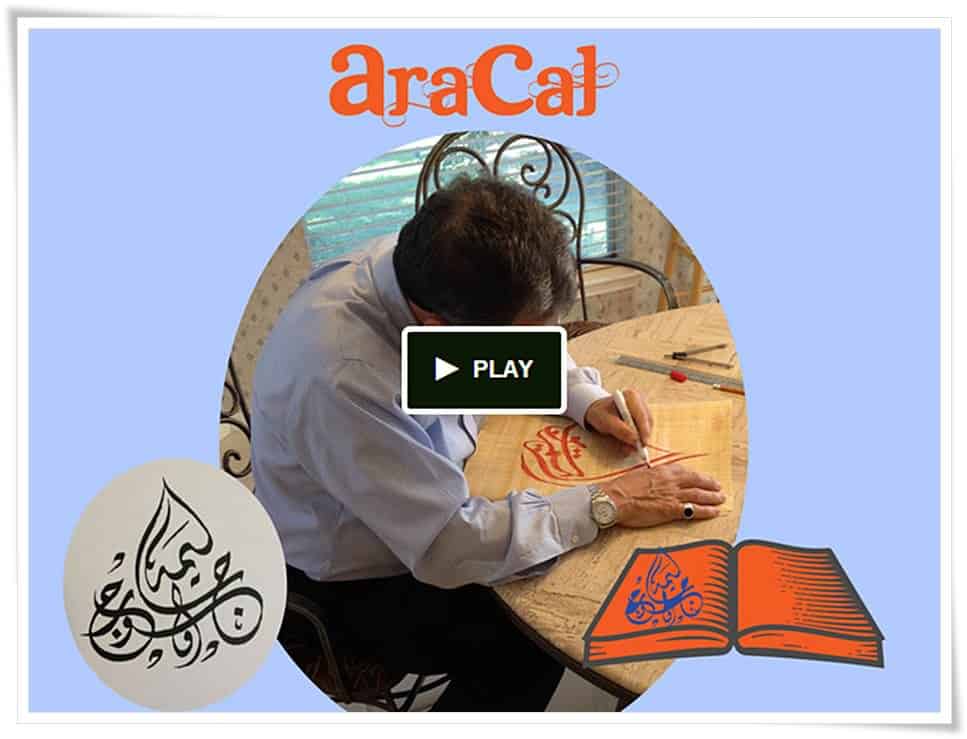 Literacy and writing grew hand in hand with the need to communicate in Arabic. Two basic styles were born: the first, a quick everyday script that allowed for easy communication between people and the second, a slower script that used a broad-chiseled edge to write official documents for various politicians, religious leaders, and politicians. Fast forward over 1,500 years through centuries of language development and we see that the use of this slowly written script – the earliest forms of Arabic calligraphy – began to transition from official and religious use, to something of an art for the masses to consume. Today’s modern Arabic calligraphy scripts have roots tracing back to both the faster daily use script and the slower official use script.

My father and I started the AraCal project not as a means to start a business – my father is an engineer and I am completing medical studies. Rather, we wanted to draw on my father’s 45 years of Arabic calligraphy expertise and mastery of nearly every known script to create a novel book that celebrates the art. AraCal will take the owner through mysteries of the ancient Arab cultures and the way that these communities developed methods of communication within and across these societies. The book will replicate every known Arabic calligraphic script since its inception through handwritten, artistic pieces made in each of these scripts – with translations and commentary about each script.

Please do take the time to check out our Kickstarter project and support this cause. In an age in which we celebrate the power of technology and computers, calligraphy is a rare art and one that our communities must strive to preserve.