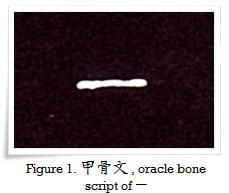 一 belongs to the 指事文字 (shiji moji, i.e. characters expressing simple abstract concept) group of characters. One theory says that the shape of kanji 一 is based on the 算木 (sangi), which were divination rods (small wooden sticks of a similar shape to matches, but longer and thicker). Sangi were also used for calculations. Another theory states that 一 is a pictograph of an extended finger. The latter theory does not, however, mean that 一 is a member the 象形文字 (shōkei moji, i.e. pictographic characters), as its meaning is not “finger”. 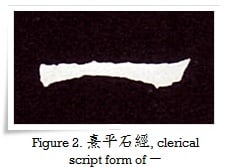 Given Chinese character may have many various forms, and they often significantly differ from one another. On the other hand, few different characters (of separate etymology) may bear identical meaning.

There are more kanji of the same meaning as 一. One of them is 壱 (ichi), which has another, more complex form: 壹 (hitotsu, number one). It was implemented to avoid confusion during writing between another form of kanji 一, which is: 弌 (itsu/ichi), and the ancient Chinese character 弍 (ni), 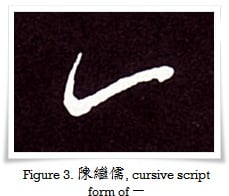 壱 is nowadays used in legal documents, for the purpose of avoiding mistakes with numbers, and also for preventing document falsifications. 弌 is in fact another variation of 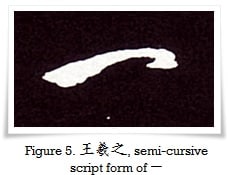 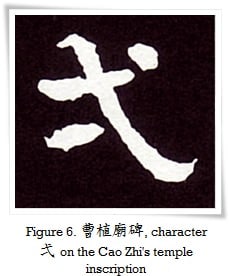 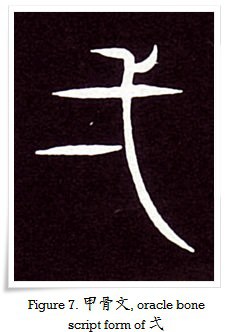 Below (Figure 8 ) a scan of 10.000 JPY with a red circle around a Clerical script (隷書, reisho) form of kanji 壱 (mentioned above), as a real-life example of its official use in modern era. The text reads: 壱万円 (いちまんえん, ichiman en, lit. “(a single banknote of) ten thousand yen”). 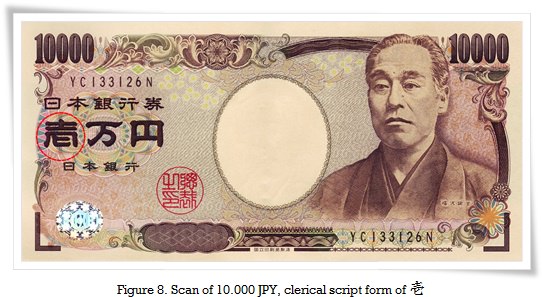 If you happen to visit Japan one day, or perhaps, in case you are already living here, do not be surprised if you see kanji 壱 on a receipt or other documents. You will well know what it means.